Up until recently, I thought I was the only one in the family that had aspirations of being a world traveler – that is until I discovered my Great Aunt, Miss Jane Hardin.

A woman of independence, politics and world traveling, my Great Aunt traveled to the Middle East and Europe in the early 1960’s. What’s even more surprising is that she embarked on the journey solo. During this time period, a young woman traveling alone was pretty much unheard of, yet she was determined to go and with a mission.

“At first I didn’t know whether I wanted to go with someone or not. Finally, I decided I would be more free if I went alone.”

I was instantly intrigued by her story. Wow – this woman had a free spirit. Let me just say I wish I knew more about this Great Aunt of mine that I never got the chance to meet. With all that I know of which we have in common, she could have been a great mentor of mine. Nonetheless, I am using all that I have which I know about her to uncover her life and story. She is an inspiration and I would love to share at least one part of her story.

Here’s what I do know about my Great Aunt, thanks to another aunt and old newspaper clippings:

Miss Jane Hardin (1925-1977) went by her middle name, Jane. She was the second oldest in a group of four siblings, followed by my Grandmother, Mary Schneider (previously Hardin). As was typical in these times, she was born at home and in the bustling town of Brownsburg, Indiana. Brownsburg is a suburb of Indianapolis where my current relatives hold a lot of childhood memories. In school she was a good student, had a lot of friends, was involved in a lot of activities and loved travel and government which eventually led to her career in politics. She worked in state and national government, was a Democrat and worked in the Capital in Washington D.C. for awhile working for the Indiana Senator R. Vance Hartke and Birch Bay. According to a couple newspaper clipping archives, she was even elected Secretary of the Young Democrats group.

It wasn’t until her late 30’s that she finally traveled abroad. Apparently, going abroad as a woman in the 1960’s was rather uncommon and even newsworthy, since there was an article written about her by the Indianapolis Star upon her return. This article shares lots of information about her grand adventure and is all I’ve got until I perhaps discover her hidden diary!

“I have always been interested in seeing the Middle East, so I just decided to go.”

Jane’s journey halfway across the world was for a total of 6 weeks and first took her to the Middle East where she visited Lebanon, Jordan, Syria, Israel and Egypt (then United Arab Republic). Due to a friend in Beirut, she got the privilege to visit Lebanon through the eyes of a local and not like the average tourist. In addition, she used her host’s home as a base to be able to visit more cities like Baalbek, for example, which dates back to pre-Phoenician times. As the article states, here she saw an opera run by a local company being performed amidst old Roman ruins which she claimed as, “very authentic and exciting.” She describes the Lebanese national drink arak, as tasting like licorice. She describes that, “it’s perfectly clear but must be mixed with water before drinking.” In one of Beirut’s popular restaurants at the time, she was introduced to maza, or a “smorgsborg” of the Middle East. She said at the end of the meal, everyone was given a water pipe, which was considered part of the meal. She exclaimed that, “of course I tried it, but it didn’t agree with me.”

“With all that I saw and all that I did, I still feel that what impresses me most about the Middle East is the hospitality of the people.”

Her stories continue to Jerusalem where she stayed in a convent run by nuns, the Sisters of Zion. Apparently, in the basement of this convent, there are sections of the original street upon which Christ walked on his way to Calvary. In the Holy City, she also visited the Garden of Gethsemane, Bethlehem, and the area around the Dead Sea and the Jordan River. Here she tasted olives straight from the tree which was not to her liking. She said that she is used to eating them processed and much prefers them this way. 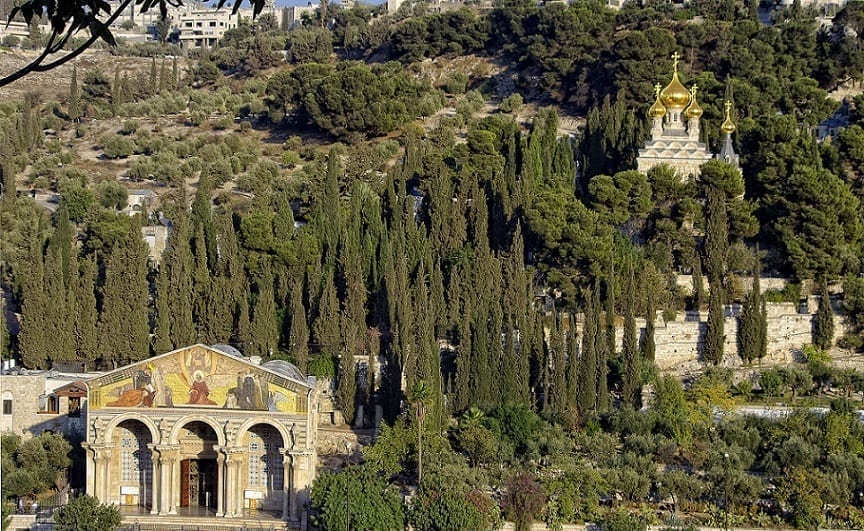 Lastly in Egypt, she saw the Great Sphinx and the pyramids and even rode through the desert on a camel. She describes the experience as being bumpy and different from riding horses, which she had experience with. Just outside of Cairo in the Sahara, she had the chance to go to a nightclub on an oasis which featured a performance of belly dancers. She claimed the troupe wasn’t as “burlesque-like” as everyone had thought back then.

The Great Sphinx and the Pyramids – Egypt

At the end of her journey on the way home, she visited Europe in Rome, Vienna and Zurich. Apparently, she even sat in an audience of Pope Paul VI!

I am truly amazed by this women’s adventurous spirit and now am curious to see some of the places she has seen so long ago. Now when I travel, I know I have a strong legacy behind me and am not the only one in the family with a passport full of stamps.

I hope you enjoyed this long-forgotten story of my Great Aunt, Miss Jane Hardin, and also are inclined to look into your family’s roots and their history, as you never know what you’ll find and the similarities you have in common with your ancestors.